Microblading is a very good technique for eyebrow tattoos. Eyebrow experts use the microblading technique to bring aesthetic shape. However, another significant procedure is micro shading. Both of these procedure falls under the semi-permanent makeup procedure. Micro shading is relatively a new technique. Therefore, it is difficult to understand the difference between Microblading and Micro shading. Most of the patients think that both are synonymous. However, these are completely different procedures. 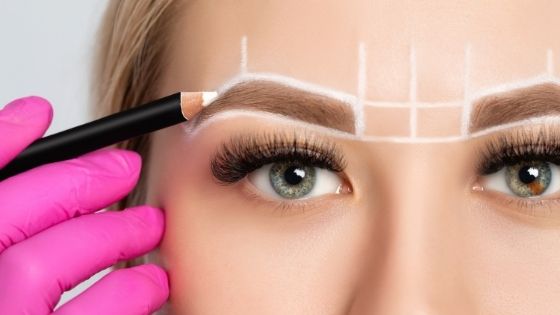 To resolve the confusion, in this article we are going to talk about each procedure in detail and also point out the difference between Microblading and Micro shading.

What is Micro Shading?

Microshading is a type of semipermanent makeup ( Basically eyebrow tattoo) that provides an aesthetic look to your eyebrows. You will get the minimum amount of brow makeup, it won’t wash off like normal makeup. You can not remove it with makeup remover. As the beauty expert put pigment into the skin beneath the eyebrows, which brings about the illusion of fullness. A pair of well-defined eyebrows improve your facial feature and look more groomed.

The Microshading technique can be performed in two ways.

Brow artist creates eyebrow hair-like strokes with the tattoo which looks very natural. This is the actual microblading procedure. The procedure can be combined with shading and the
blend of microshading and microblading is popular as hybrid brow procedure.

How is the micro shading performed?

Microshading is performed with a single manual tool or through a PMU machine which effectively pierces your skin with small dots. In the case of hybrid browse the hair-like strokes are drawn with a manual tool. In semi-permanent makeup, pigment is formulated differently and injected beneath the skin. The pigment may stay up to 3 years. After three years you may have to take follow-up sessions for the aesthetic effect.

What is the Microblading technique?

How the procedure is being performed?

This procedure should be performed by a certified and experienced Semipermanent eyebrow artist. He uses a manual tool that is very sharp and consists of multiple needles. When an eyebrow artist drags the tool through your skin it makes scratches that look like natural hair of eyebrows, which are then filled with brow pigments.

The basic difference between microblading and micro shading is in the net outcome or looks of the eyebrows. However, there is a difference between the technique, tool that has been used, longevity, and who is a suitable candidate for each procedure.

The appearance of eyebrows after each procedure

Microblading result is completely natural. It seems like your own eyebrows come with the natural dense. Whereas, micro shading results is just like you are wearing a brow pomade to enhance the volume. The outcome is a bit dramatic.

On the other hand, Microshading is applicable for all skin types. The shade applied in the Micro shading procedure is resistant to sebum overproduction. In this procedure strokes are also added along with shade therefore blurring is not visible because the shade masks the fading of strokes.

Thus micro shading is good for clients who have oily skin too.

Microblading and microshading can be combined. Most of the women prefer microshading along with microblading which is also popular as a hybrid eyebrow technique. The outcome is naturally fuller eyebrows where little makeup is being added. It is a good option for oily skin people along with large pores. In this hybrid technique, hair strokes get masked with the shade which makes the tattoo eyebrow more long-lasting.

What is The Best SEO And PPC Agency in London

What is The Best SEO And PPC Agency in London

Top Gadgets for all the Tech Lovers in 2021

6 Fun Apps that You Can Use While You’re Bored

How Much Does It Cost to Develop a Business Website?