Node.js vs. Python: Which Back-End Technology to Choose?

If you are confused between Node.js VS Python, you have landed on the right page. Choosing the proper framework for back-end development can often be overwhelming. But we have got you covered. Read on to explore the specialties of both frameworks and the differences to decide which one suits you the best. 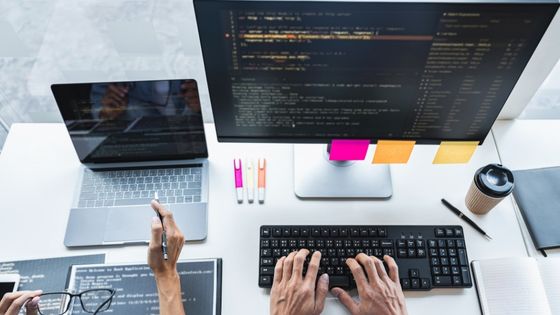 The Javascript Engine in Google Chrome was used to create the server-side platform known as Node.js. Data-intensive real-time web applications may be built with Node Js. Node Js, which is developed in JavaScript, enables the execution of programs on several operating systems, including Windows, Linux, and Mac OS. Fast and scalable development services are provided by Node Js’ extensive ecosystem of open-source libraries and clean source code.

Difference Between Node.JS And Python In Statistics

Python is appropriate for backend applications, machine learning, and numerical computations, whereas Node js is the recommended choice for web apps and website development. This is the most common difference between Node.js and Python.

Pros And Cons Of Node.js And Python

Before we get into a descriptive comparison between Node.js VS Python, here are some key benefits and drawbacks of both frameworks.

Why Is Node.js Better?

It Offers The Needed Flexibility For Microservice.

It is necessary to execute component creation and component execution several times in order to create a microservice architecture. To enable developers to work on numerous modules at once, Node Js features package management that offers free components. Organizations may easily maintain the testing procedure and product quality by using microservice development.

It Offers An Impressive Technical Stack

We already know that the reason for using Node Js is that it gives us access to the entire JavaScript stack, resources, etc. Additionally, you receive unwavering support from a vibrant community. The MEAN technological stack, which has the finest database support and front-end and back-end support for scalable development, may be used to construct apps quickly using Node.js.

Due to Node Js’ excellent compatibility with both front-end and back-end application development, hiring two distinct developers is not necessary. This makes it possible to reduce overall development expenses and speed up the process without sacrificing the application’s quality.

It Has A Highly Unstable API

The frequent API switching that leads to back-end incompatibility is one of the main drawbacks of Node Js. The modifications to the coding that make it more unstable are directly impacted by this incompatibility.

It Has A Callback Hell

Because Node Js is an asynchronous framework, there is an issue with nested callback functions that causes callback hell. Multiple callback situations reduce the quality of the code and are challenging to resolve and maintain whenever they arise.

It Can Not Process CPU-Bound Tasks

Due to the fact that Node Js only supports a single thread of execution, it is challenging for it to handle CPU-intensive operations. Anytime a request is made, the system will only fulfill it once before moving on to the next one. This procedure causes a significant delay and slows down the system. This is yet another difference between Node.js and Python.

Why Is Python A Better Choice?

Python’s excellent readability and quick code interpretation make it simpler to move the development cycle along more quickly. It takes less code to write than other languages, which instantly reduces development time and speeds up application development.

It Has Higher Flexibility

It Offers A Large Library

Any application may be developed using Python because of the language’s extensive library support, which includes machine learning, web development, and game creation. It provides developers with simple-to-use libraries and permits bespoke development utilizing the library code. View the most well-liked Python machine-learning libraries.

It Is Not Compatible For Mobile App Development.

Python cannot be used to create mobile apps since it is not a favored language for creating native apps. Additionally, Python does not allow mobile programming for iOS or Android.

It Has A Slow Speed.

NodeJS is slower than other programming languages in terms of performance when compared to Python because of its shorter execution time. Python’s line-by-line code execution makes web applications operate slowly as a whole.

It Has An Exhausted Memory

To maintain an application’s speed and performance during the development of any web application, less memory fatigue is required. Python has challenges with effective memory use, which results in subpar solutions.

Node.js VS Python: A Detailed Comparison

In terms of comparison, it is challenging to decide between Node.JS vs Python for the backend as both are excellent for app development. Especially given that Python and NodeJS are both highly favored for the creation of digital products. Let’s look more closely at this.

Multitasking is possible with Node Js while maintaining performance. It also doesn’t affect the server’s speed because it was created using the quickest JavaScript engine on the market. Additionally, it has the ability to manage massive data flows.

However, Python’s performance is not as quick and fluid as Node.js’. Since it cannot be used with parallel processing, it slows down the speed. Even so, it still allows for rapid application development.

If you have a working knowledge of JavaScript, learning Node.js won’t be too difficult. Due to Node.js’ event-driven programming paradigm, it is frequently challenging for someone to follow the installation and documentation instructions.

When compared to Node.js, Python is much simpler to learn. Compared to other programming languages, it employs shorter code and a simpler syntax.

Python is an old programming language, as we already know. Additionally, it has a large and active developer community that is supportive if you run into problems with the creation of an application. Python has 23.1K forks and 44.7K stars on Github. Node.JS VS Python is compared by the community, and Node comes out on top.

Another significant difference between Node.js and Python is the capability to handle errors. Due to Node.js’s multitasking capabilities, handling errors and fixing problems may be done more easily while developing applications.

When it comes to multitasking, Python does not have it. However, it offers the most straightforward code and syntax, making the error-handling issue easier to resolve.

When creating a server-side component for an application, scalability must be maintained. Non-blocking I/O calls are managed by Node Js using a single thread. Since Node Js offers simple horizontal and vertical scalability, the worry of Node Js scalability in application development is one that should be avoided. Node Js offers increased speed on a single server and scalability over several servers.

As a result, Python’s scalability in an application is inferior to Node Js’ since the latter does support running several jobs at once. When working on big application development projects, it becomes a little challenging because it only permits one job at a time.

Here are the top uses of Node.js:

Companies That Use Node.JS

The most important video streaming service worldwide has historically been Netflix. The creators of Netflix have selected Node.js to create their user interface because they want their program to be snappy, modular, and speedy. Netflix has seen a 70% decrease in loading time in its web application since implementing Node js.

One of the first significant businesses to begin using Node Js in product development is Uber. Since Node.js has been used, Uber has experienced better performance and quick operational speed.

Paypal has changed its business strategy from an online payment provider to a payment platform with the aid of Node.js. The primary justification for using Node Js was to enable JavaScript development for both server and client applications.

Companies That Use Python

Python supports Facebook’s continued dominance in the field of social media. Python is the basis for 21% of the code in apps, which was chosen to have a dependable codebase.

Because Django is used to develop Instagram, it would not have existed without Python (Python Framework). Instagram continues to employ Django to provide its users access to a very secure environment where they can post videos and photographs.

8 Tips to Complete Homework on Time

Cindy Byers is well recognized by the readers for her notable writings in multiple fields. She has written for many journals and newspapers so far in her writing career. We cannot confine Byers to a particular field as she has devoted her writings to a vast range.

8 Tips to Complete Homework on Time

Alternator Charging Problems and Their Solutions