Few motorcycle dealer companies and brands are as respected as Harley-Davidson. Numerous fashion styles have come and gone during the illustrious motorcycle manufacturer’s history. Of course, we all know about it because it presently leads the market for vintage bikes, but how well do you actually know them? 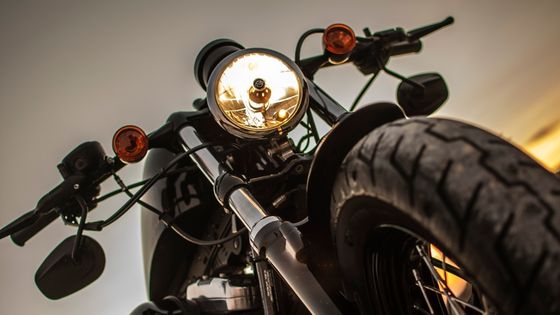 Mind-Boggling Facts about Harley Davidson That You Never Knew

You must enjoy riding bikes and would be fascinated to learn more about your favourite bike manufacturers. Hold on a little tighter and carefully read this article to discover some of the most fascinating facts about Harley Davidson.

Some of these may be new to you. You might be surprised by some. Some are crucial to its past, while others help broaden your understanding. The narrative behind the bar-and-shield logo is depicted in each in a significant way, though.

It All Started With an Engine

William S. Harley and his pals Arthur and Walter Davidson created a small engine to augment a rider’s pedaling. It was made to be mounted on a standard bicycle frame — this is how Harley Davidson began. But unfortunately, it wasn’t a success because the motor couldn’t propel the bicycle.

Unfazed, the group created their own loop frame and their engine larger, and the first machine was completed in 1904.

In 1920, Harley-Davidson had surpassed Indian Motorcycle, their competition, as the largest motorcycle manufacturer in the world, with more than 2,000 dealers spread across 67 nations. Harley’s “Wrecking Crew” racing team got the moniker due to its mid-1910s success.

In fact, the Indian Motorcycle’s top race team eventually adopted it. It also contributed to Harley’s ascent to the top.

The First Harley Davidson Carburetor Was Constructed From a Tomato Can!

Numerous stories claim that the original Harley-Davidson motorbike featured a single-cylinder engine, a top speed of 25 mph, and a carburetor made out of a tomato can.

This one, however, might be more fiction than fact since there is no actual proof. Although Encyclopedia and the book “Everything You Need to Know: Harley-Davidson Motorcycles” both allude to it as accurate.

Harleys Are Referred To As “Hogs” For A Reason

Although one would assume that the term “hog” refers to Harley-Davidson motorcycles because of their massive hulking size or sound, the moniker came to be because of Ray Weishaar.

He was a member of the Harley racing team and had a piglet that served as the team’s mascot. Team members would make a victory lap with their mascot after winning competitions.

According to Coca-Cola, the origin of the moniker can be traced to a 200-mile race in 1920 in Marion, Illinois, where Weishaar was seen offering the piglet a Coke after the Harley team won all three positions.

Harley-Davidson Motorcycles Were Used In WWI

Many armies used motorbikes for the first time on the field during WWI. According to the documentation, the British were the first to come in term with these changes and espoused motorcycles for widespread soldierly use.

They employed a Triumph Model H. These bikes were good, but they weren’t entirely on par with Harley-Davidsons. When the United States entered the war in 1917, it immediately ordered tens of thousands of Harley-Davidson motorcycles for the troops.

The US military ordered more than fifteen thousand bikes. This was a significant increase from the company’s previous five that they owned initially. This order boosted the business and increased the motorcycles’ already high level of public acclaim.

Harley Davidson has been featured in thousands of movies, but the first mention was in The Wild One.

While 1969’s Easy Rider is regarded as the definitive Harley-Davidson motorcycle film and may be the first in which the company’s motorcycles took center stage, 1953 classic The Wild One starring Marlon Brando gave Harley its first prominent performance on the big screen.

A rock band is claimed to have drawn inspiration from the Beetles motorcycle gang and adopted a strikingly similar moniker. Although The Wild One was a favorite of one early member of The Beatles, the band’s name was also a play on Buddy Holly’s band, The Crickets, and reflected the style of music they played.

Harley Davidson Has Their Own Show As well

Having a television program of their own is super cool!

The Discovery Channel premiered the series Harley and the Davidsons in 2016, a biopic of the company’s early years. It was a terrific watch for any motorbike or gearhead aficionado. Walter, Arthur, and Bill were the main subjects of the program, and it particularly highlighted how they gambled everything to start their business.

However, their shared passion for motorbikes was what tied them all together when it came down to it.

They have a museum of their own, too. They are the only manufacturer to do this, by the way. The Harley-Davidson Museum is a popular attraction with visitors of all ages and is situated in Milwaukee. There are several interactive activities for children.

Motorcycles of various models are displayed where you can sit and feel the buzz. Some other artifacts from the history of the Harley-Davidson Motor Company are also showcased throughout the museum.

They also have an “engine room,” a section where Harley motors are disassembled and put together on the premises for people to see. If you find yourself in Milwaukee, you should definitely visit this museum.

The Founders Have Been Recognized in the Labor Hall of Fame

The Labor Hall of Fame inducted William Harley, Arthur Davidson, Walter Davidson, and William Davidson in 2004. They received this accolade due to their creative collaboration and outstanding commitment when they founded the business.

The Harley-Davidson Motor Company is a staple of the overall American culture. You can consider yourself among the millions of Harley-Davidson lovers, whether you appreciate them for their appearance, functionality, history, or even that low-humming sound! Since then, they have gained international recognition as a symbol of American ingenuity and crossed national boundaries.

Not only are they known as the best leading bike manufacturing company, but they are also the perfect choice when you are leasing a motorcycle. Yes, you should be aware that you can get to ride on your leased Harley Davidson through motorcycle financing company.

What Are the Conditions For B2B Ecommerce?

Tank Tops: An Easy Way To Keep Your Cool This Summer

Tank Tops: An Easy Way To Keep Your Cool This Summer