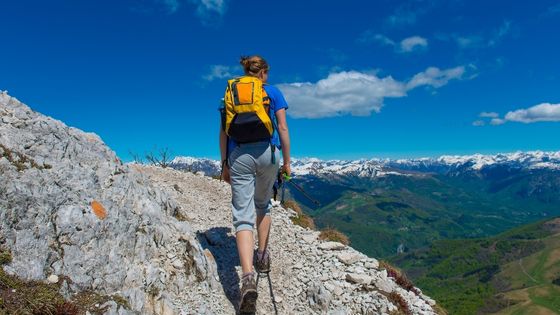 When it comes to providing beautiful hiking paths for the daring, the state of Himachal Pradesh has a reputation that precedes its name. The Hampta Pass Trek in the Himachal region of the great mountains is one such outstanding path that is dear to the hearts of many veterans and a terrific learning experience for novices.

Hampta Pass, positioned as a narrow but very important passageway between the valleys of Lahaul, Spiti, and Kullu, reveals to explorers the unashamed, rural appeal of the Pirpanjal Range.

The beauty of Hampta Pass is such that it will draw you back to it time and time again, leaving you each time with a heart full but unfulfilled. Despite being situated at an elevation of 4,230 meters (14,100 feet), the Hampta Pass climb is just a moderately challenging 25 to 26-kilometer journey. The full route, including a side trip to the crescent-shaped Chandratal Lake, may be completed in 5 days of hiking. Counting the hours spent driving, eating, and resting, the total walking and climbing time is no more than 16–17 hours.

The basecamp of the Hampta Pass hike may also be accessed by vehicle from Manali, like most of the treks in Himachal Pradesh. Around 20 kilometers (or 1.5–2 hours) from Manali, the little town of Jobra is where the climb toward the pass begins. Regardless of the mode of transportation you choose, the best and simplest method to go to Manali is via Delhi.

A few Air India flights travel from Delhi to Bhuntar Airport, which is the closest airport to Manali. It is 52 kilometers away from Manali and can be reached by state buses and rented taxis. There are also flights to Bhuntar from Chandigarh, but fewer and less often than from Delhi.

However, most trekkers find that a roadway is more appropriate and more favored as a means of transportation. Both during the day and at night, there are many more buses that travel directly to Manali. The final state bus leaves at 8:30 p.m., and the more opulent Volvo buses run between 5 a.m. and 11 p.m. Any major city, such as Delhi, Chandigarh, Shimla, Dharamshala, Dalhousie, Hardwar, Dehradun, etc., may be reached by car with ease.

Once in Manali, a two-hour drive around 42 hairpin curves with the twisting and turning Rani Nallah River blasting through the sparkling Kullu Valley serves as an introduction to the trek’s natural grandeur. You are dropped off at Jobra by automobile, where you start your adventurous trek through the picturesque Pirpanjal environment. As you travel through the dense wilderness of floras, the road taking you from Jobra to your first campground, Chika, is studded with the most exquisite abundance of silver birches, maples, and birches.

What is the nicest thing to see?

One of the nicest things to see on the walk is a night under a starry sky, which Chika offers to you. The scenery on the following day is incredibly diverse, with the first half consisting of wide-open meadows, lush pastures, and riverbanks, with mountainous shepherds grazing their cattle here and there. However, the second portion, which comes before Balu ka Ghera, is sand-covered and significantly drier. The prospect of a challenging ascent across potentially snow-covered terrain the next day leads to the entryway to Hampta Pass.

The Lahaul Valley is revealed in all its limitless grandeur in the panoramic view that can only be seen from the top of the pass. Indrasan’s snow-covered crown towers over other lesser summits, while Deo Tibba Peak can be seen peeking around the corner, playing hide-and-seek with the clouds.

The ascent is far less risky than the descent. Your last destination, Shea Goru, is located down a steep, rocky, and often extremely narrow trail. Once you’ve overcome that obstacle, you’ll have time to visit Chandratal Lake before descending to Chhatru for your very last and last stay.

From May through October, trekkers can access Hampta Pass. The other half of the year is too cold and covered with snow for anyone to go outside to stroll. Mid-June to the end of October is the ideal period for visiting Hampta Pass. The months of May through June or September through October are good for trekking, and August is the sunniest month up until it starts raining. As a result, there isn’t much of a seasonal window for a Hampta Pass hike, but the experience is well worth the time and effort. The temperature ranges from 12 to 20 degrees Celsius during the day and falls to 0 to 5 degrees Celsius at night during the full six-month period.

Trek to Hampta Pass in May

In May, you may still see a significant amount of snow as you ascend the trail. Most groups start this trek next month, but if you’re interested in going in May, you need to be prepared for a few things. First of all, the nighttime lows are still at -4 to 0 degrees Celsius, while the daytime highs are still fairly chilly at 8 to 10 degrees Celsius. Additionally, the snow might change the scenery, which could cause problems for even the most experienced hikers.

If you decide to be the first hikers of the season, loose rocks, landslides, and other chilly conditions surely offer an existential threat. As the last blow, if the snow from the previous season is not cleared, you can discover that the route from Chhatru to Manali through Rohtang Pass is closed. Therefore, trying the Hampta Pass hike in May would be a very perilous endeavor.

The majority of hikers prefer to do the Hampta Pass climb in June. The optimum time is right now for several reasons. As the day progresses, the temperature climbs to tolerable levels, averaging between 12 to 15 degrees Celsius. There are some snowy areas to enjoy, and most rivers are still frozen. The walk will cross several alpine glaciers. There are also clearings where the ice thaws and there is room for camping. When the snow melts, several of the brooks and streams in the mountains can be used as a source of drinking water.

The majority of passes and highways are cleared of snow and made accessible for walking by June, so there shouldn’t be any issues with the commute. Going at the end of June may even allow you to observe the valleys’ first growth of green, with little flowers poking their colorful heads above the snow.

You get additional heat in July, making the weather ideal for finishing the journey. However, if you travel toward the end of the month, you will miss out on most of the snowfall. On the other side, as a welcome, you will get to witness the well-known emerald carpets of Himalayan meadows, which are all lush and covered with wildflowers. If you’re lucky, you’ll also get to watch Himalayan cattle grazing. It becomes considerably simpler to camp and locates water sources, and there is almost no risk that snow will obstruct your ascent.

The valley has the most sunshine in August, although it also starts to rain around this time. There won’t be any snow, and the daytime temperature stays between 18 and 20 degrees Celsius for at least a few weeks before beginning to fall again in September. The Lahaul and Spiti valleys are at their most picturesque when the sun is shining, with the fields looking lush and green, the yellow, crimson, and pink flowers bobbing their heads, and the streams babbling along freely.

However, when it starts to rain, one should exercise extreme caution for obvious reasons. The route becomes slick and muddy, especially near river beds. On muddy terrain, camping at night might be challenging. Before scheduling a hike to the August Hampta Pass, you should weigh all of these advantages and disadvantages.

Trek to Hampta Pass in September

September is the ideal month for you if you’re one of those hikers who prefers a more lush, rain-washed environment on the path rather than snow and ice. The monsoon nearly disappears by mid- to late-September, leaving the area covered in a brand-new carpet of green. Once more, the temperature falls to 10 degrees Celsius, but the sky is bright and the air is brisk, making the conditions almost ideal for seasoned Himalayan hikers. The rocky barrenness that is typical of famous trekking routes may be seen when the grass is missing by entirely clearing off snow and muck in certain areas. Finding water and a place to camp shouldn’t pose any difficulties.

Trek to Hampta Pass in October

In Hampta Pass, it already feels like winter by the end of October. There are no indications of rain, so hikers may anticipate bright skies the whole first half. While the sun shines brightly throughout the day, the temperature routinely drops to 5 to 7 degrees Celsius at night. However, the second half of the month might be challenging because of the narrowing of the routes brought by snowfall and the beginning of road closures for the winter, especially on the return route through Rohtang Pass. The temperature also drops below zero. During this time, the weather begins to behave sporadically, making the moderately tough trip to Hampta Pass more challenging. Only if you are a seasoned hiker who has confidence in yourself should you attempt it now.