Whatsapp remains one of the most popular social media platforms for users for last over five years. Although, bulk of the messages that are shared on this channel are text messages, in recent time there is a new trend emerging among users. Instead of writing long messages, they prefer to send audio messages. 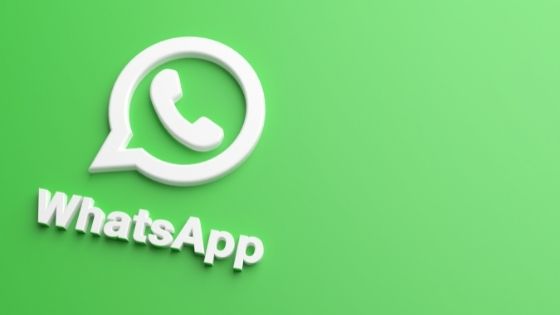 Sometimes, these audio messages are very long that need a lot of patience from listeners to hear it till end. They wished they had an option to hear such voice messages at a faster speed to save on time. WhatsApp was too planning to offer such a feature to users for long time.

Finally, there’s good news for those who communicate through voice messages – and that too, long voice messages. WhatsApp has now added a new feature of variable playback speed control options for audio replies.

It’s very simple – now, if you get a voice message, you have an option to play it at the regular 1x speed, and in case if you are short on time and want to hear the message quicker, set the playback speed to 1.5x, or even 2.0x regular speed.

WhatsApp was rather late to offer this feature because messaging app Telegram has already enabled its users to do this since 2018. They got a good feedback since users were looking for such an option since long.

Of late, Telegram, and Signal, another messaging app, have both gained traction over the past few months due to WhatsApp’s latest controversial privacy policy update, which will allow it to share user transactions’ data with businesses on the Facebook, their parent-company.

Many WhatsApp users have of late become apprehensive and are under impression that now Facebook will be able to access their WhatsApp messages or other personal information, which is not at all acceptable to them. Although, WhatsApp has tried to explain their stand on this issue. Nonetheless, many users have decided to switch over to alternative platforms instead, to avoid a situation where Facebook may get access to their sensitive data by having more insight on them.

In fact, a lot of WhatsApp users after becoming suspicious of its intention of sharing their data, have migrated to Connected India, a newly launched social media platform that offers many exciting features apart from normal messaging service. It’s a golden opportunity for new channels to find favour among users by offering them what they want in the first place.

This is the reason why Telegram users were vocal to point out that they’ve had this feature for years. The latest update from WhatsApp was first released for the desktop users last week, but has now been rolled out to all iOS and Android users as well.

The new option for speed listeners would be especially helpful if people are sending you long-winded messages, or, maybe recordings of their speeches, or something similar. If you change your speed setting, it will stay that way till you again change it back. This update is only available in the latest version of WhatsApp.

Tips for Real Estate Buyers to Get the Best Deal

6 Tips to Get Approved for A Home Mortgage Loan

Lillian Russell is one of the marvellous and best read author cosmopolitically. She has bagged down several awards in the writing area for past couple of decades. Here experience in writing accounts for more than twenty years and during this long journey she has penned down so many blogs, books and articles on variety of subjects.

6 Tips to Get Approved for A Home Mortgage Loan

Tricks to Figure Out the Best Web Design for Your Website

2022 Buick Enclave is Ready to Compete with BMW X7

2022 Buick Enclave is Ready to Compete with BMW X7

Smoking And Its Effect On Human Health