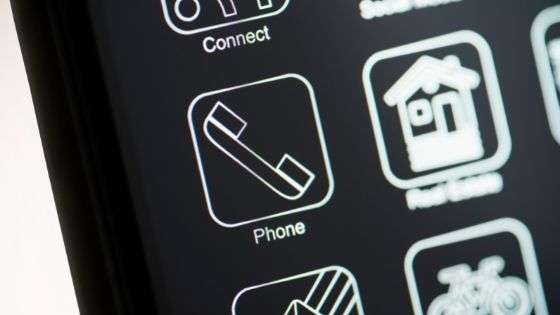 Fake caller ID, also known as call spoofing, lets us simulate counterfeit calls. You can customize the picture, number, ID, and even ringtone. And also can schedule when you want to receive it.

Orange Box was the first spoof device created by some high schoolers. Amongst the geeks and law enforcement, it was trendy when it was first launched. In the beginning, it was created by replicating tones that were sent over the phone line into data that appeared on the caller ID screen.

Though it was created to protect the citizens from committing crimes against innocent people by some bad guys who might use altered caller ID to gain the victim’s trust.

You can use the Fake-A-Call Free app to prank your friends or enemies, and all you have to do for that is select a voice and, out of 9 scripts, choose one you want to play when they answer the phone. And bonus, you can also use this app to make fake video calls.

You can use Mr. Caller Free to schedule a fake message or call. You can schedule multiple counterfeit calls and messages by specifying the SMS sender or the caller and setting a ringtone. And can also schedule the call for as long as six hours away.

This app has some essential options, such as adding a fake name or number and adding an image from your device.

You can also add the false calls to your phone’s call log, making it more real.

In Police Fake Call, you can choose police car pictures out of six. It also has many audio options which you can choose from to play once you’ve answered the call. When you have added all the information required, then all you have to do it, tap on the green call button and then wait for the call.

And you can tap on the play button to replay what audio you chose in case you forgot what you decided or want to listen to it once again.

This app can schedule a fake call when you want to. All you have to do is choose the number of the caller and the time you want and then wait, that’s it. But like other apps, it doesn’t offer free unlimited spoof calling.

Fake Caller Free is an app that works as a voice recorder. You can choose the identity of the phony Caller or SMS sender and then use this app to record sounds and use them as a part of the in-call audio. This app allows you to simulate SMS or MMS and calls.

Phone Booth Free 2 allows you to prank your friends. It has a unique feature that is not the same as the other apps, which is it has an alert for “missed” calls which is impressive. Use this app and schedule fake calls where you decide who’s calling. You can use this app to schedule counterfeit calls in which you can determine who’s calling.

One of the best free spoof calling apps is Primo. This allows you to make video calls, voice calls, messaging, and even you can share files with your friends and family.

Incognito Caller ID is another free spoof calling app. It was earlier known as SpoofCard. This app allows you to message and even change caller ID.

You can also change your background noise to anything you want, starting from sounds like you are at the airport to sound stuck in traffic and any other sounds, which is a unique feature. And to prank your friends, you can also change the voice to male or female.

In the Fake Call and SMS app, when it comes to calling time, you have more options, such as you can choose the duration of the call, be it for 5 seconds or 1 hour. Another specification of this app is that you can also send yourself fake messages three times. And the time frame for receiving the message is the same as with the calls. It won’t be a hassle to use this app.

To activate a fake call in the app Fake Call – Prank by GamAndro, click on the “Call now” button. You can set a schedule and timer for your fake call.

This app will allow you to set the caller’s name and number. Moreover, you can also add a picture of the caller. You can also set a voice effect for the caller using voice modulation. It has a recording feature that will help you record the call with desired outcomes beforehand.

This app is also a spoof calling app that will allow you to change your voice to prank your friends when you call them. Another feature that the app has is that it can record your calls. It will help you show your friends the prank you did and listen to it later and have a good laugh!

Top Gadgets for all the Tech Lovers in 2021

6 Fun Apps that You Can Use While You’re Bored

How Much Does It Cost to Develop a Business Website?